When Will Your Loved One Be Released From Jail? 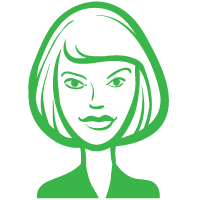 When Will Your Loved One Be Released From Jail?

When a loved one has been arrested, getting them out of jail is a top priority. This sort of task is more of a process than a single act, so read below to find out what to expect.

Your loved one will usually appear before a judge several hours after an arrest (longer if it's a weekend or holiday). If bail is offered, it's usually done at a hearing called an arraignment. Your loved one will come before the judge and be informed of the charges and the amount of bail. Once they are told, you can begin the bail process. You can often find out about bail once it is set by phoning the jail and asking about bail. The time needed to have bail set varies depending on the location, time, date, and more.

You have the choice of either paying the bail charged by the court or contacting a bail bonding agency. The bail set by the court could be very expensive. A bail bond, though, is only a small percentage of that large amount. For instance, if the court has set your loved one's bail at $25,000 and the bail agency charges a 10% premium, you will be paying just $2,500 rather than $25,000 to get your loved one released.

Bail bond agents are easy to work with, conveniently located, and can get your loved one released as soon as possible. Once you phone a bail agency, let them know the amount of your loved one's bail, their charges, their name, and their location. They will provide you with instructions on how to pay for the bail bond, how to get to the bail agency, and anything else you need to know. In some cases, you may also need to pledge property to have your loved one released. However, the property will be returned to you once the case is over. Commonly, you will only be asked to pledge property if the bail is a very high amount or the charges are very serious. Commonly, you can pledge vehicle titles, electronics, jewelry, and more.

After Paying for the Bail Bond